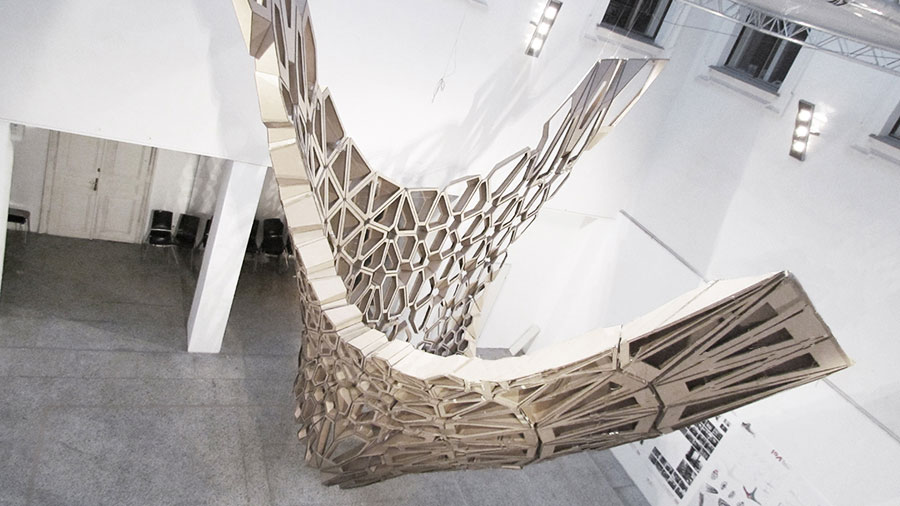 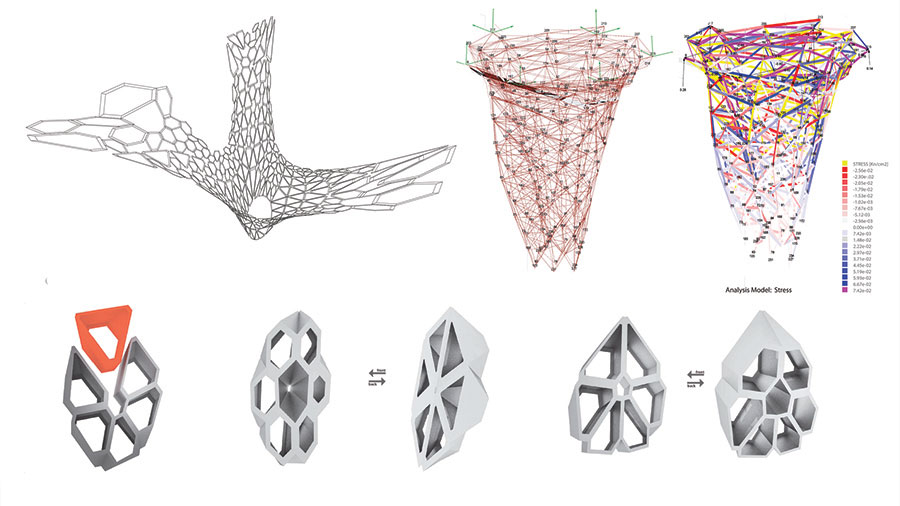 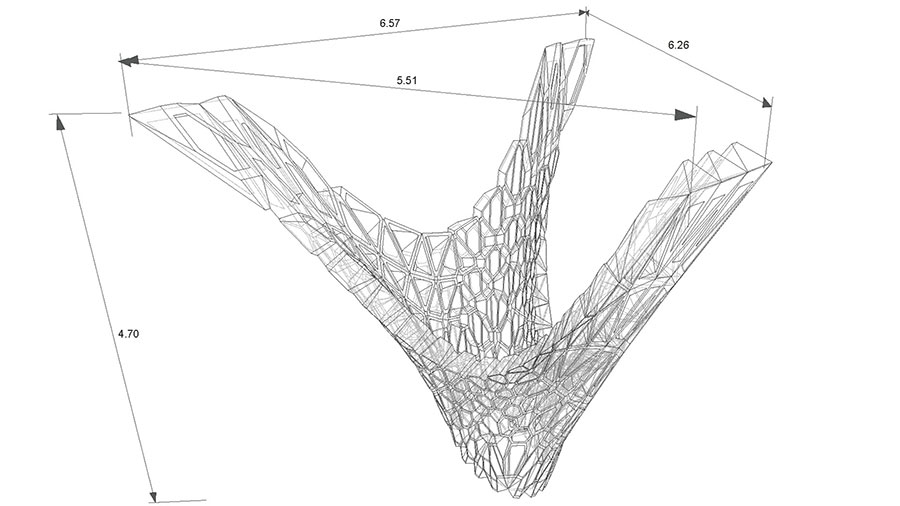 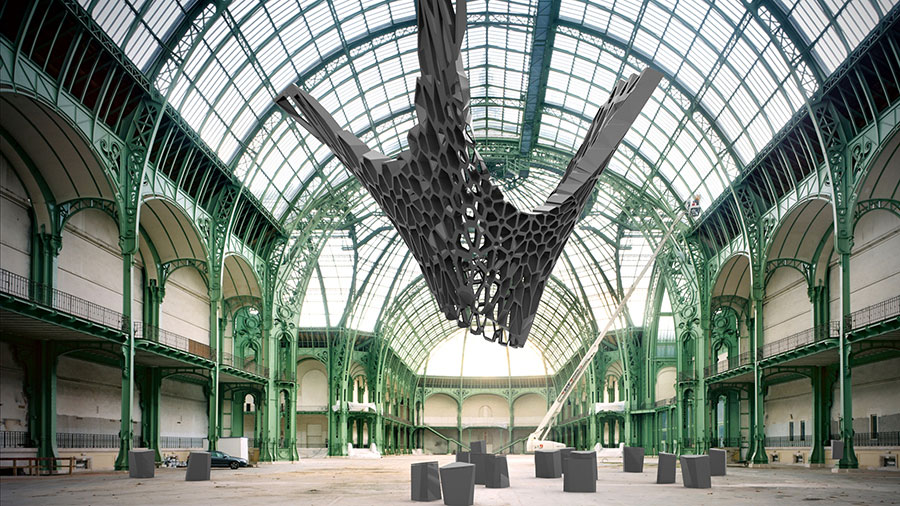 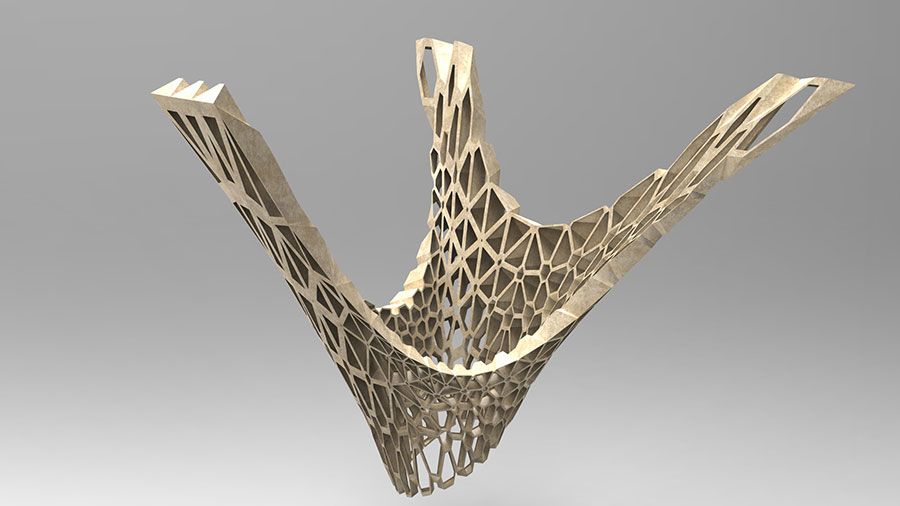 Various types of cellular populations are explored as a rational to construct and subdivide what turned out within this workshop a funnel shaped minimal surface suspended from 3 points. The initial design started out from simple sketches, and ideas how people would move through space and observe the structure while the actual formation and modeling was achieved by Daniel Pikers Kangaroo plugin for Grasshopper.

Cellular tessellation strategies varying continuously between hexagonal and triangular units were set up as a starting point - investigating their structural capacities for a suspended structure. Structural forces were mapped out on the funnel with Grasshoppers structural design plugin Karamba which has been developed by Bollinger+Grohman engineers in conjunction with the IOA here in Vienna. Tension, compression and deflections of the initial model were used to inform the cellular setup and to specify each opening and gradual densities from hexagons to triangles in areas of higher stress. The so achieved digital setup could be modified in several iterations always achieving a responsive state between structural optimization and form.