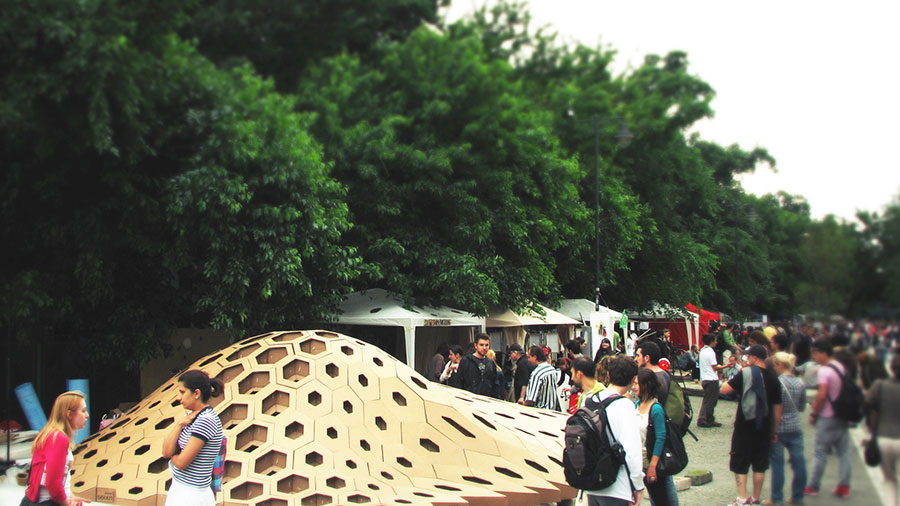 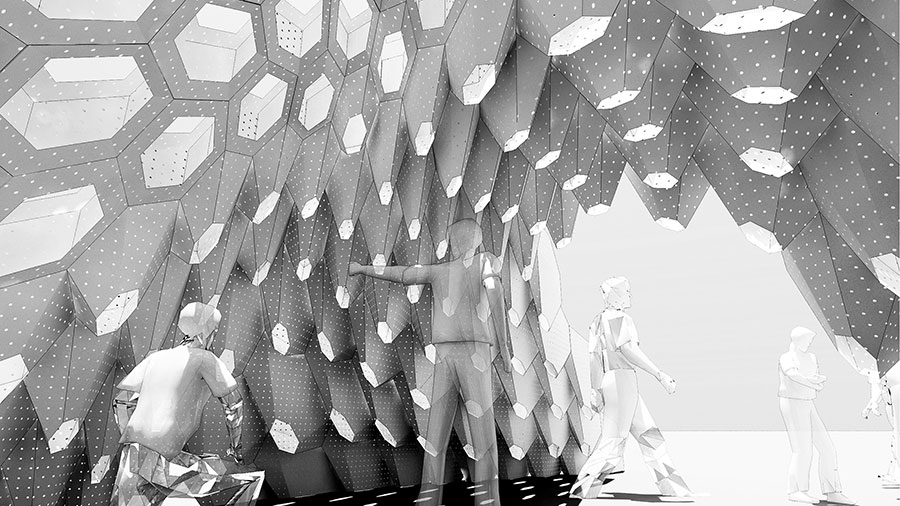 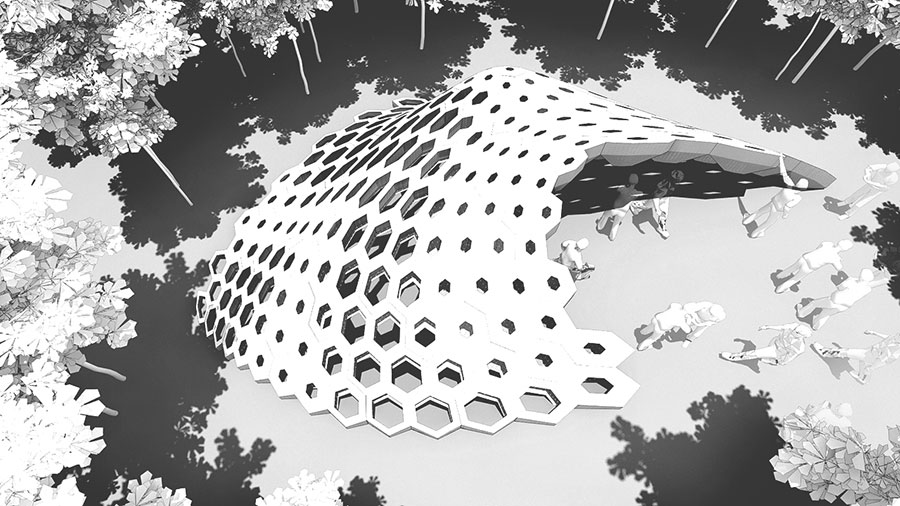 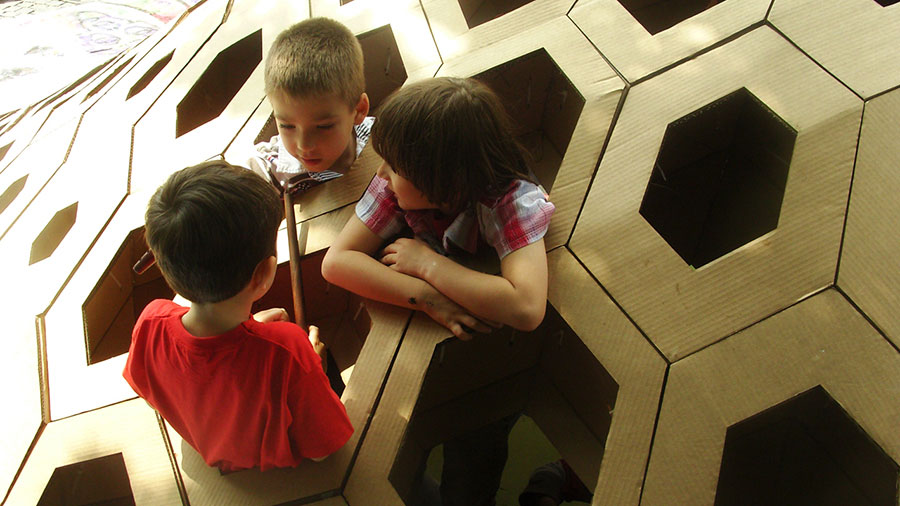 Hexigloo is a pavilion based on the cellular structure of a honeycomb applied to a igloo surface typology. From concept to the final product, the process went through following steps: mapping a hexagonal grid on a pre-modeled surface (14 rows + 14 columns, resulting in 196 elements), extruding the mapped hexagons on the Z axis in order to create a binding surface between the components and finally adding rigidity to the overall structure. The main focus was on the interior space, which was articulated by cone like funnels that filter light into the interior space. When entering the structure, the contrast between the smooth exterior and the intricate interior reveals a moment of surprise.

Approximately 2200 linear meters were cut at the laser cutter for this installation and it was made out of 6mm cardboard. Two teams of participants were created in order to assemble the laser cut components. One team assembled the pieces in their three dimensional shape, while the other team stitched the components together creating the final overall structure. To make the job easier, we subdivided the whole volume into subassemblies. The whole process lasted approximately 80 hours.