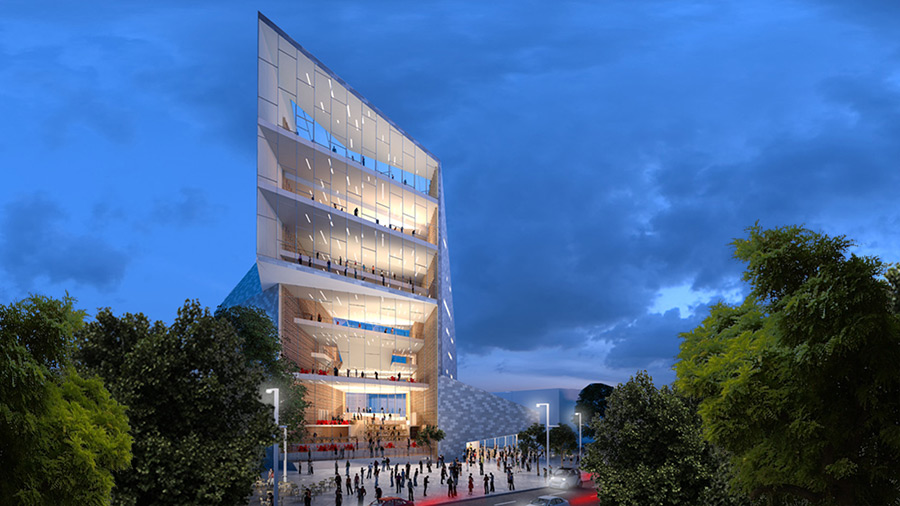 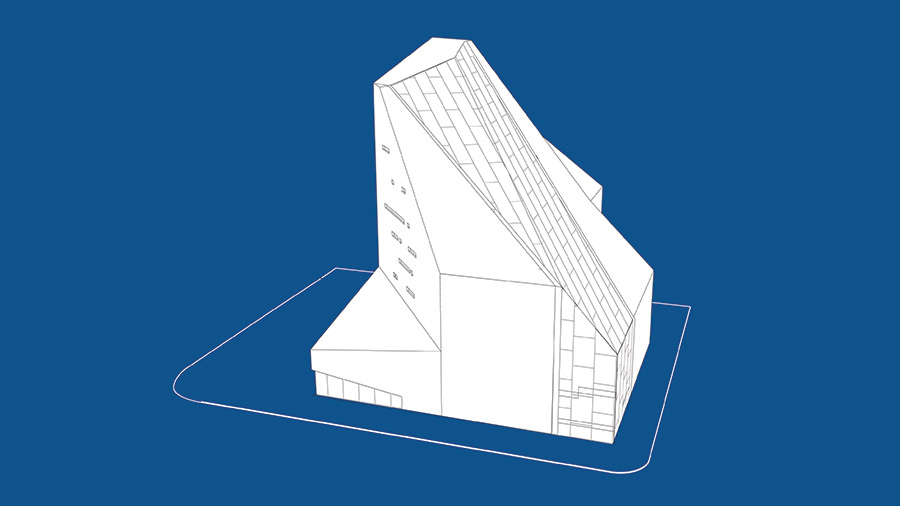 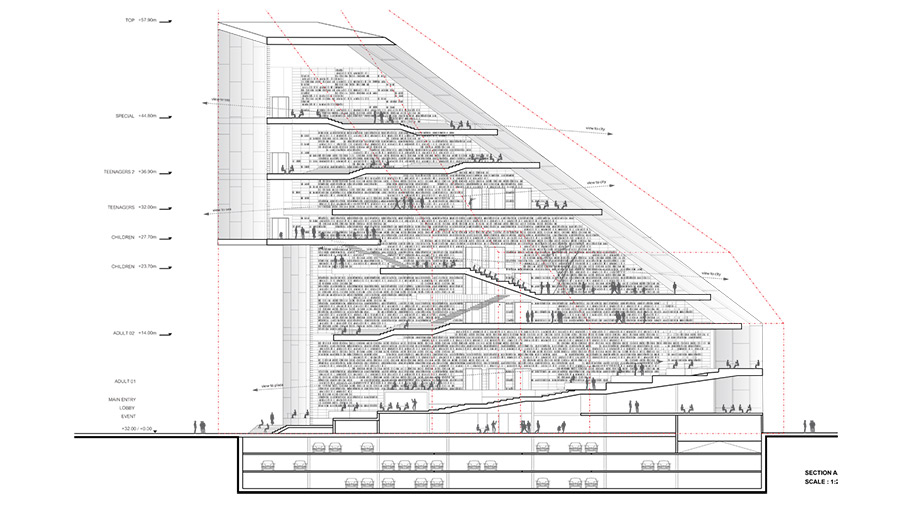 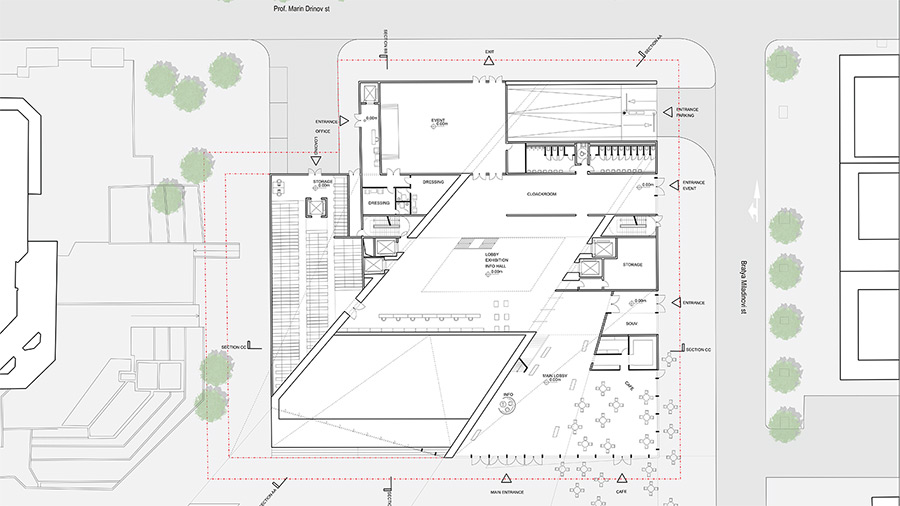 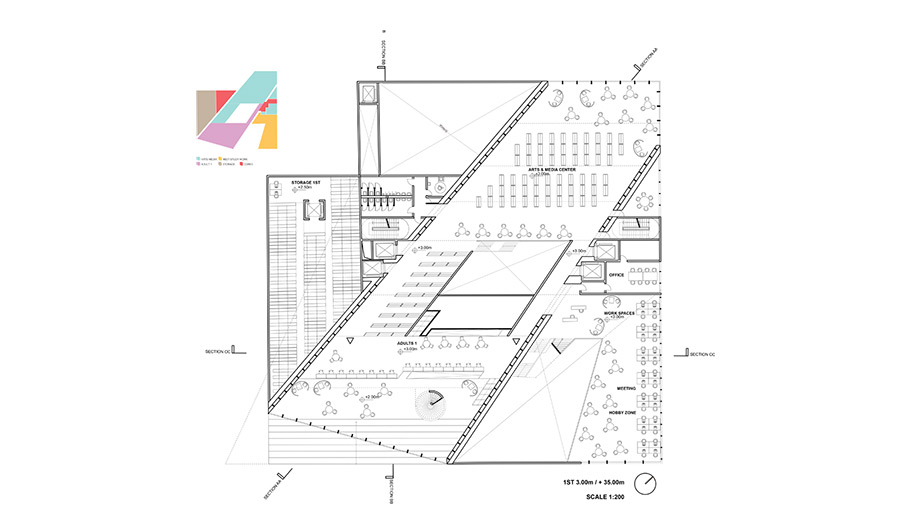 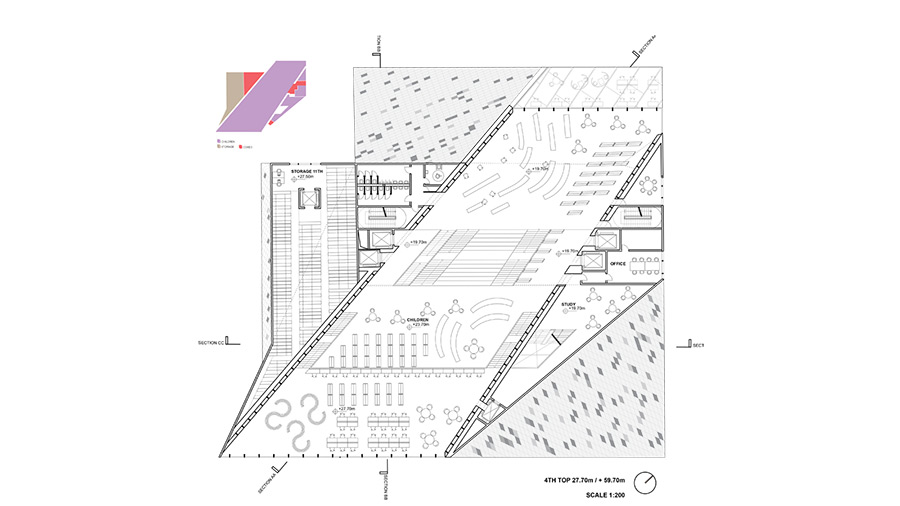 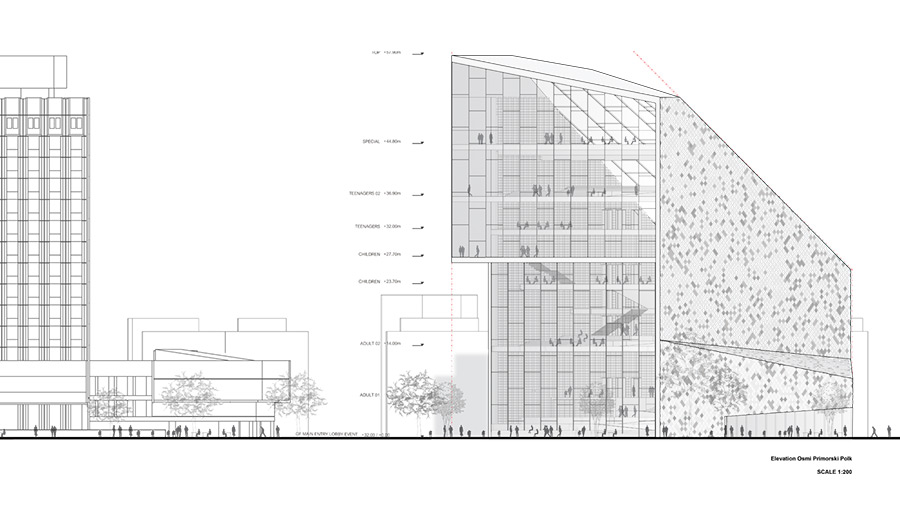 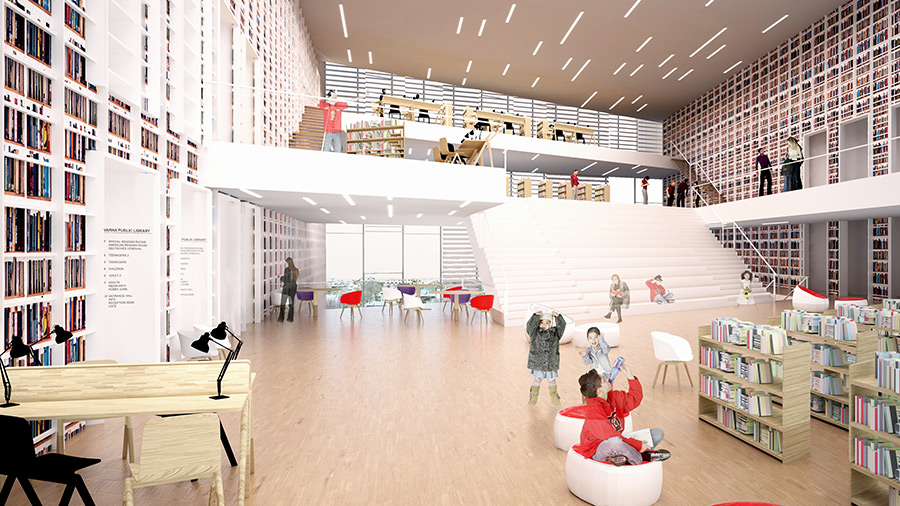 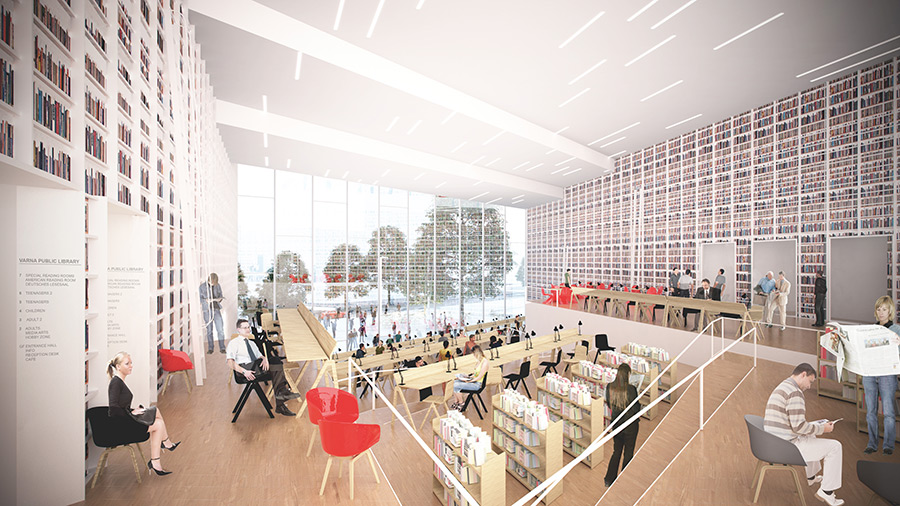 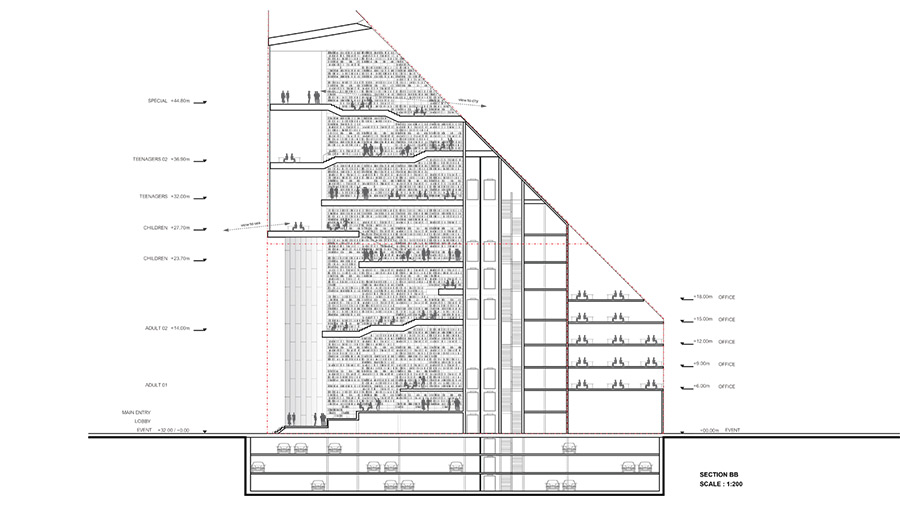 A typology in crisis due to the immanent and rapid accessibility of information, one has to question the cultural capacity and identity of these historically so prominent bastions within our cities. Our vision is to reimagine libraries culturally as a destination for the civic, a place to be and while within the urban realm. Designing such a facility one has to let and think urban qualities flow through the building and think about spaces as if one would be designing a piece of the city itself. These inherent urban qualities, dimensions and scale of plazas, the relationship to the adjacent environment but also relations to the city as a whole render our library spaces to a cultural catalyst.

Varna library picks up a simple geometric language, organized as set of two slightly rotated volumes making one continuous figure with vast sun protected openings towards north-east and south- west. The lower volume picking up orientation from the urban grid and organization of the city and the plaza, and the upper one freeing itself from any constrains and making a turn towards south and the sea. The main library spaces cut as a south-west diagonal trough the buildings volume and are designed as a set of as vertically organized terraces and plateaus. Each plateau in its own right host a brief specific program and is oriented with minor steps and level differences towards the sea or towards the mountains and the backdrop of the city scape. In this way view relationships are maximized and the intimacy of large floor areas are subdivided into smaller neighborhoods. Several floors have internal stair and visual connections to each other. The book stacks are exposed to the library spaces as two towers on each of its sides and scattered book shelves organizing the floors. Books can easy be accessed. Circulation and study spaces are nested as volumes on the external side of the main library spaces. On the ground floor the library opens up to the public and invites people to a grand multi-level lobby space before reaching trough security and ending in a grand exhibition hall with adjacent event spaces and amenities. Separating the ground floor in two adjacent reception spaces offers flexibility for users and programmatic events operating beyond the library hours. Administrative spaces are situated towards the back with their own entrance and good north light. The car park is organized with a trough connection to the adjacent car park of the municipality tower on 3 underground floors.

Varna library is framed in this project as generous contemporary space, challenging the difficulties of the library typology and establishing relationships to its immediate and larger context as a volume and from spaces within. We foresee instantiating a new cultural cathedral for the civic within the new cultural capital – Varna.